Odysseus: Adventures on the island of Great Speakerus 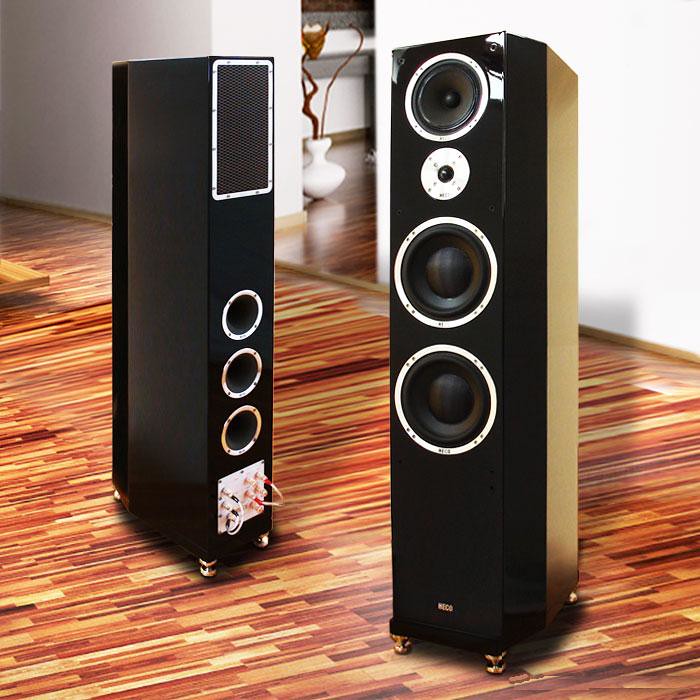 These have recently made their way to our place, they are the original Heco Statement from about ten years ago. Lots of lovely engineering, and a lovely heavily constructed feel make these feel much more sturdy than my Triangles (at 43KG each)!

They are taking a bit of getting used to, as there is simply a massive amount of musical information being presented here. They are really, really transparent, which I like a lot. The scale of the music is the shocker here, also the incredible amount of bass (and how it is controlled) - even at low listening levels. They really energise and fill the room with music, which is just great.

It's all a great experiment at the moment, as to whether they will really work in this room (and whether I actually need so much of everything). I am eagerly awaiting the return of my EWA Oberon amplifier after having a larger transformer fitted. I may take to using that as a pre-amplifier, and employ my M-50 as the power amplifier if it can't quite manage the Hecos. They have a measured sensitivity of just over 88dB @2.83V/1M, and impedance from 3.8 upwards (marketing says 4ohm, 93dB).

My main goal was to get real energy and dynamics at lower levels, which seems to have happened in spades. But, I'm still at the 'everything is new - yayy' stage of playing all the tracks I can think of to test their abilities; very much in the honeymoon phase still. I certainly am deeply impressed so far, but I think it'll be a while to fully assess these behemoths!