Docfoster
April 2020 edited April 2020 in Loudspeakers
Just bought these on ebay.
I put in an offer a couple of weeks ago. It was rejected, but the seller came back today and asked if I was still interested.
Apparently I was the only person willing to collect (from Leamington Spa, when the lock-down permits). 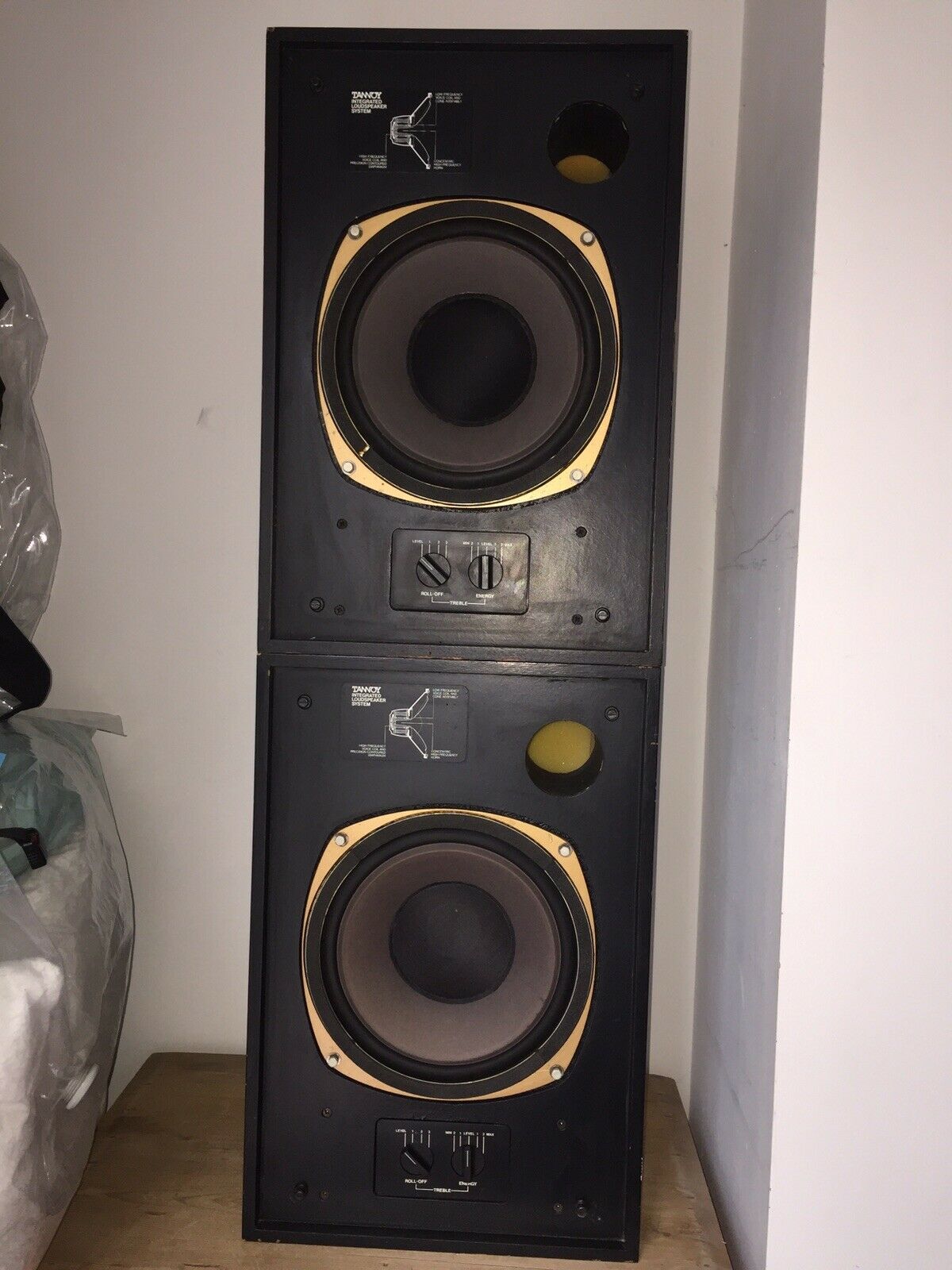 I've wanted to try a pair of old Tannoys dual concentrics for a while. But, wanted the drivers in decent condition, and didn't want to pay over the odds. These have 10 inch HPD drivers.
10 inch means not too expensive and HPD means (or at least, so I understand) a slightly deeper bass than their predecessors, the Super Gold drivers.

I was in a band that recorded a demo in a studio in Cardiff in about 1991. It was the first time I'd ever heard a good sound system. I recall the studio had big dual concentric monitors. Possibly 12 or 15 inch HPDs I think. They blew me away. Possibly a large part of why I started getting into hifi.

I'm not expecting to prefer them to my DIY Goodmans 18 inchers, but at least I'll get a reminder / re-taste of what Tannoys do. Absolutely no idea where they'll go. I already have 4 or 5 too many pairs of speakers stashed around the house and shed.
Resale value on these is pretty good (possibly better if I sell the drivers and crossovers without the cab and offer postage), so I shouldn't lose too much if I'm disappointed.

No idea when I'll get to pick them up tho.
Hope everyone's safe and well out there!